Launched in 1900 by Arthur Pearson as a mid-market broadsheet, the ha’penny Express was the first to devote its front page to news (rather than advertisements): “This paper is produced with the intention of supplying its readers with news. That is the excuse for its existence.” Advance orders for Issue One were a million and a half copies– “absolute impossibility to supply… we are doing our best.”

By 1936, the Express had the world’s largest circulation of more than two million, rising to four million in the 1940s, under the seminal editorship of Arthur Christansen. It was one of the first newspapers to carry gossip, sport and women's articles; it was the first to carry a crossword.

Express contributors run from the exiled Leon Trotsky to Evelyn Waugh (who lampooned Beaverbrook as Lord Copper – “up to a point”), William Hickey (Tom Driberg) and the cartoonist Giles. 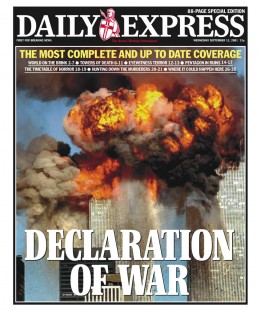 The Daily Express Archive is available all the way to yesterday's issue!